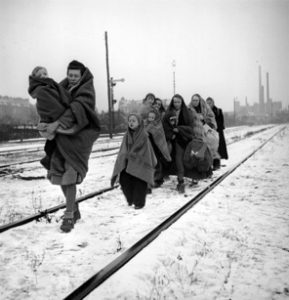 ORLIR, the International Observatory of Religious Liberty of Refugees, was created by internationally well-known scholars and activists, each of them with a substantial experience in the field of religious liberty studies and advocacy. ORLIR’s president, Ms. Rosita Šorytė, worked as a diplomat for twenty-five years and in 2012-2013 served as Chairperson of the European Union Working Group on Humanitarian Aid. ORLIR’s vice-president, Prof. Luigi Berzano, is a distinguished sociologist of religion, who has written extensively on religious liberty issues and new religious movements. ORLIR’s director, Prof. Massimo Introvigne, an internationally famous scholar of new religions, served in 2011 as the Representative of the OSCE (Organization for Security and Co-operation in Europe) for combating racism, xenophobia,and intolerance and discrimination against Christians and members of other religions.

They were concerned that too often, in several countries, refugee status is denied to persons fleeing religious persecution, based on an insufficient understanding of the international law on religion-based refugee claims. This was and remains a dramatic situation, endangering the life and liberty of thousands of men, women, and children, whose only crime is professing a religion certain governments do not approve of.

As a scholarly and advocacy organization, ORLIR promotes studies on religion-based refugee claims in general, and on specific cases of persecuted minorities , and cooperates with international organizations, governments, and NGOs to make easier the recognition of those who escape religious persecution as refugees , and to safeguard their religious liberty in the countries where they seek asylum.