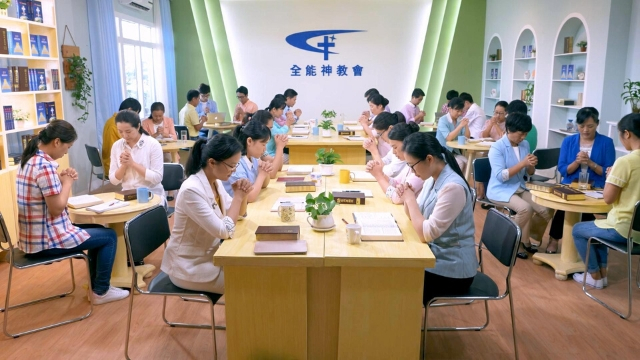 The world remembers refugees. Do not forget the asylum seekers who were persecuted and tortured in China for their faith.

International legal scholars have noted that the world is becoming less hospitable to refugees, and they may be among the hidden casualties of the COVID-19 epidemics. Struggling post-virus economies may allocate limited or no budgets for supporting refugees, and the public opinion may become increasingly suspicious of foreigners allegedly “bringing epidemics” with them.

I am aware that in practice distinguishing between migrants and refugees can be difficult. Migrants often falsely claim to be refugees, to benefit from more favorable legal provisions. In most countries, laws recognize as refugees those escaping wars or countries ruled by totalitarian regimes, yet we all agree that it would be impossible to accommodate in democratic countries all those who live under tyrannical rule.

With a few friends, I founded ORLIR, the International Observatory of Refugees, in 2017. It is a small organization, with a single aim: advocating for genuine religion-based refugee claims. According to the UNHCR, the Office of the United Nations High Commissioner for Refugees, there are today 25.9 million refugees in the world, and 3.5 million pending requests for asylum. Although religion-based and other claims are often combined, scholars believe that less than 1% of asylum requests are primarily based on religious persecution. In 2018, some 25,000 requested asylum in democratic countries after fleeing from China, and reportedly roughly half of them cited religious persecution as the main reason for their application. We are thus dealing with a population significant enough to warrant our attention, but at the same time small enough to be easily manageable by the international refugee systems, unlike the hundreds of thousands of asylum seekers coming from Syria, Afghanistan, Iraq, and most recently Venezuela.

While the tragedy of the Uyghurs, Tibetan Buddhists, and Falun Gong is well-known, only recently we have started hearing about a Christian new religious movement known as The Church of Almighty God (CAG). In fact, it is the single most persecuted religious movement in China. Although some scholars believe the figure may be exaggerated, and obtaining precise statistics is impossible, the Chinese government itself declared that the CAG has four million members.

What is certain is that CAG is a fast-growing group, whose ideas many Chinese regard as attractive. Probably, this is the very reason why the group is so systematically persecuted. One Marxist tenet the CCP fervently believes in, is that religion is not compatible with the interests of Communism and the “working classes.” Any religious group or movement that is not explicitly approved by the CCP becomes illegal. Fast-growing groups are particularly targeted. Torture is routinely used. More persecution and more torture also mean more people escaping China and seeking political asylum abroad.

In democratic countries, we are used to wealthy Chinese tourists buying expensive luxury goods. Chinese refugees who seek asylum because they were severely persecuted for their religion are less visible. More than 5,000 Chinese asylum seekers are members of the CAG. Most of those who seek asylum have been jailed, tortured, followed, and monitored before managing to escape. They are just the lucky few who happened to have a passport and were fortunate enough to get a visa. Most of their co-religionists will never be able to escape. Some will spend their whole lives in jails or reeducation camps. Others will be tortured to death or simply “disappear.”

Those lucky enough to be released will be kept under surveillance, and told that they should never meet again with their co-religionists, or else, they will lose their jobs and their families, and their health too, because of deep psychological trauma.

I have met refugees from the CAG in several different countries. Their spirit is not broken only because they strongly believe in God. That belief prevented them from losing their minds. But the trauma remains, and only becomes worse when their true stories are not believed, and asylum is denied. This is unfortunately still a frequent occurrence, although the number of accepted applications has improved, thanks to books and articles published by scholars, to new and more reliable COI (Country of Origin Information) published by countries such as Canada and Italy, to documents by the U.S. Department of State, the United States Commission on International Religious Freedom (USCIRF), and the United Nations, and the advocacy work of NGOs, including ORLIR. Some media, including through articles written by well-known journalists expert on Asian issues, have started to be more supportive of the refugees, debunking the fake news about The Church of Almighty God spread by the CCP and by Chinese Embassies, which remain very active in trying to have asylum applications by those persecuted for their faith in China denied, as Bitter Winter documented in its movie The Long Arm of the Dragon.

But all this is not enough. Refugees from The Church of Almighty God who are denied asylum and compelled to return to China face arrest, torture, and death. Refugee commissions and courts of law should try to hear their stories impartially, and “translate” them from the language of a different culture that is not always easy for us to understand.

Authorities in democratic states should raise their voice against religious persecution in China. But there is something they can do immediately: open their arms to those escaping from China, where the only crime they committed was believing in God and practicing their religion.