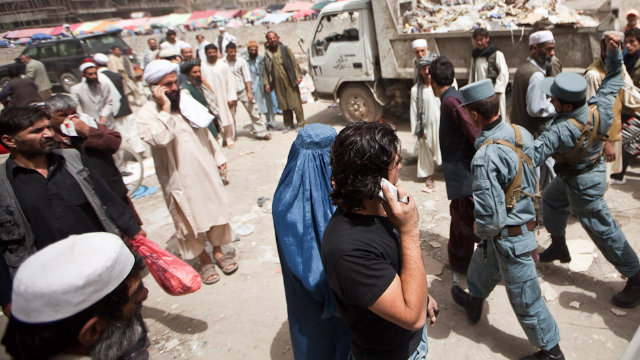 (ECHR Press Release) On December 11, 2019, in the case of A.A. v. Switzerland (application no. 32218/17) the European Court of Human Rights held, unanimously, that there would be a violation of Article 3 of the European Convention on Human Rights in the event of the applicant’s return to Afghanistan.

The case concerned the removal from Switzerland to Afghanistan of an Afghan national of Hazara ethnicity who was a Muslim convert to Christianity.

The Court noted that according to many international documents on the situation in Afghanistan, Afghans who had become Christians or who were suspected of conversion would be exposed to a risk of persecution by various groups. It could take the form of State persecution and result in the death penalty.

The Court noted that, while the authenticity of the applicant’s conversion in Switzerland had been accepted by the Federal Administrative Court, it had not carried out a sufficient assessment of the risks that could be personally faced by the applicant if he were returned to Afghanistan. The Court found in particular that the file did not contain any evidence that the applicant had been questioned about the everyday practice of his Christian faith since his baptism in Switzerland and how he could, if returned, continue to practise it in Afghanistan, in particular in Kabul, where he had never lived and where he said that he would be unable to rebuild his future life.

The applicant is an Afghan national who claims to have been born in 1996 and lives in the Canton of Ticino.

In March 2014 A.A. arrived in Switzerland. He applied for asylum and stated that he had left Afghanistan because of the lack of security in that country and his conversion from Islam to Christianity.

In February 2015 the State Secretariat for Migration (SEM) rejected his application, noting that the grounds for asylum were not credible.

In October 2016 the Federal Administrative Court confirmed the SEM’s decision on the credibility of the asylum grounds, but found that the applicant’s conversion in Switzerland was genuine. It was of the view that the applicant would not be exposed to serious harm in Afghanistan as a result of his conversion and ordered his removal to that country. It further held that, while the complainant could not be returned to his region of origin (Ghazni province), he would have an internal protection alternative in Kabul, where his uncles and cousins lived.
His conversion to Christianity, which had occurred in Switzerland, was not a decisive factor, as it was not known to his relatives in Kabul.

In May 2017 the duty judge decided to apply Rule 39 of the Court’s Rules of Court and asked the Swiss government not to deport A.A. to Afghanistan during the proceedings before the European Court of Human Rights.

Complaints, procedure and composition of the Court

Relying on Article 3 (prohibition of inhuman or degrading treatment), A.A. alleged that he would be subjected to ill-treatment if returned to Afghanistan.

The application was lodged with the European Court of Human Rights on 27 April 2017.

Judgment was given by a Chamber of seven judges, composed as follows:

Decision of the Court

Article 3
The Court noted that according to many international documents on the situation in Afghanistan, Afghans who had become Christians or who were suspected of conversion would be exposed to a risk of persecution by various groups. It could take the form of State persecution and result in the death penalty.

The Court found that in its judgment of 21 October 2016 the Federal Administrative Court, the only judicial body to have examined the case, had not looked at the applicant’s practice of his Christian faith since his baptism in Switzerland or how he could, if returned, continue to practise it in Afghanistan. The court had merely presumed that he would have an internal protection alternative by going to live in Kabul with his uncles and cousins, on the basis that his conversion to Christianity was not known to his relatives there.

In the Court’s view this argument did not stand up to serious scrutiny of the specific circumstances of the case. The Federal Administrative Court should have carried out its examination by looking at how the applicant practised his Christian faith in Switzerland and could continue to practise it in Afghanistan, for example by referring that assessment back to the first-instance authority or by submitting a list of relevant questions to the applicant; but it had not done so.

In the Court’s view, the Federal Administrative Court’s explanation that the applicant’s return to Kabul would not be problematic because he had not spoken of his conversion to Christianity to his relatives in Afghanistan, but that he had only shared his beliefs with those closest to him, implied that the applicant would nevertheless be obliged, in the event of his return, to change his social conduct by confining it to a strictly private level. He would have to live a life of deceit and could be forced to renounce contact with other Christians. The Court further noted that, in a leading judgment published shortly after the judgment in the present case, the Federal Administrative Court had itself conceded that the daily dissimulation and negation of one’s inner beliefs in the context of Afghan society could, in certain cases, be characterised as a form of unbearable mental pressure.

Lastly, the Court observed that the applicant belonged to the Hazara community, which continued to face a degree of discrimination in Afghanistan. Even though the applicant had not specifically relied on his ethnic origin in support of his asylum application and this factor was not decisive for the outcome of the case, the Court could not completely overlook this aspect, which had not been referred to at all by the domestic courts. The Court noted that the Federal Administrative Court’s comparison of the situation in Afghanistan to that in central Iraq appeared particularly problematic as it was not substantiated by international reports on the experience of converts to Christianity in Afghanistan.

The Court found that the Federal Administrative Court, while accepting that the applicant, of Hazara ethnicity, had undergone a conversion from Islam to Christianity while in Switzerland and that he could therefore be regarded as belonging to a group that was exposed to a risk of ill-treatment if returned to Afghanistan, had not engaged in a sufficiently serious examination of the consequences of the applicant’s conversion. Consequently, there would be a violation of Article 3 if the applicant was returned to Afghanistan.

As the applicant had not claimed just satisfaction, the Court took the view that there was no need to make any award on this basis.

The judgment is available only in French.