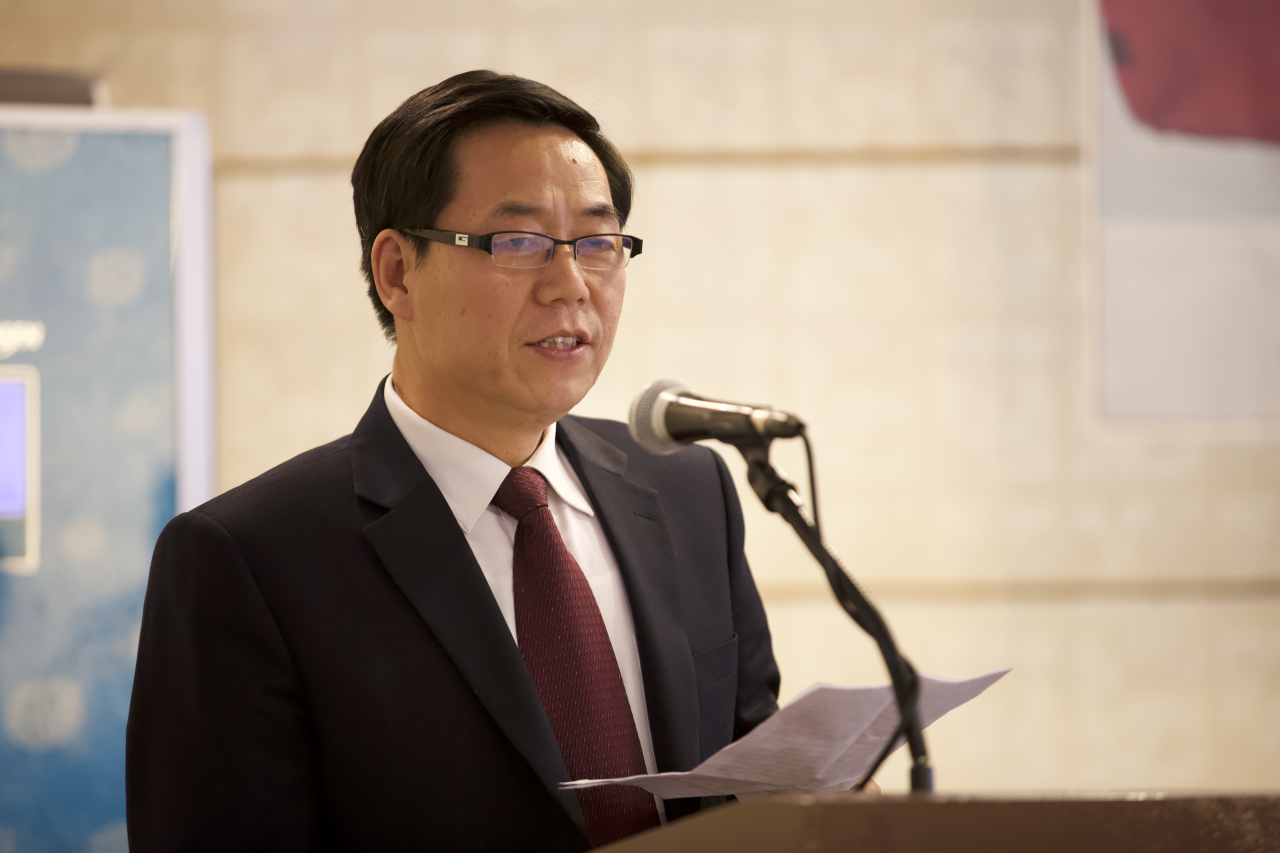 My name is Xu Zhigang, I am from Changchun, Jilin, China. I am an ordinary Christian of the Church of Almighty God. This is the first time that I attend this kind of conference and I see many friendly faces here. When I see these faces, when I see all of you, I feel like I have seen my family members, my closest friends. So today I would like to share what’s in my heart and my personal experience with my family members, my friends. I began to believe in the Lord Jesus since the year 1990. As members of a house church, we were often persecuted by the CCP for our worship activities and meetings. A number of preachers I knew were arrested and sentenced to imprisonment successively. I was an enthusiastic preacher and was quite famous in my hometown. There were several times when I was almost arrested. God gave me strength and faith so that the more I was persecuted, the stronger my faith in God grew, and I had a greater yearning for the Lord Jesus’ return to save us.

I remember one day in spring, 2002, it was quite windy. I went to preach the gospel in a place about 30 kilometers away from my parents’ home. I was not able to visit my parents for years due to the CCP’s surveillance. I very much wanted to see them. Late that night, their neighbors had turned off the lights. I knocked on the door of my parents’ house. My mom was surprised to see me and hurriedly pulled me inside the room. My parents were reading God’s words just then and the windows were covered tightly with blackout curtains. My mom told me: “There were villagers spying the neighborhood. We dare not read God’s words during the daytime, but only read them in secret at night to keep ourselves from being discovered.” She took my hand and said to me, “Son, we are united tonight. Let’s make a prayer together, and then you should leave. Your dad and I are fine. Don’t worry about us, and don’t come back home again.” As my mom was talking, my dad was very nervous and he walked to the window to hear if there was any sound outside. When I saw this, I felt very sorry and indignant because it was only due to the CCP’s persecution that my parents were this nervous. I thought to myself: The CCP does not allow me to believe in God, and now it even deprives me of the right to reunite and spend time with my parents. After praying to God, my mom urged me to leave for she was afraid that I might be captured. They felt the way in the dark and walked me to the door of the yard. My dad had caught a cold that day, but he tried not to cough in case the neighbors would hear him. He was holding back his cough, and I could feel his pain. At this moment, I could no longer keep my tears. How I wished that one day, my parents and I could live a free life where we can believe in God freely, enjoying the sunshine together, and sing a song to praise God.

However, on July 29, 2002, while preaching the gospel in Yanji, Jilin, I was arrested by the National Security Brigade. They knew I was in charge of the evangelical work, so they handcuffed me and used various methods to torture me to try to extract a confession. A group of policemen punched and kicked me and forced me to squat for a long time. They used various torture methods on me: handcuffing my hands behind my back, pushing me to the ground, and then stomping and pressing down hard on my body, my legs and my toes. The great pain made me faint several times. After torturing me for a few days, they still could not get the information they wanted. What they wanted to know was where the church money was and who my upper leaders were. Since they couldn’t obtain any information from me, they kept torture me. While I was in a coma one time after their beating, they pressed my index finger against a piece of paper to obtain my fingerprint. Later, they transferred me to a detention center and incited the prisoners to torment me. In less than two months in the detention center, my weight went from 85 kilos to less than 50 kilos. I was too weak to walk. Two months later, without being tried by the court openly, I was sentenced to three years of re-education through labor on the charge of “attending meetings illegally and disturbing the social order.”

Upon my arrival at the labor camp on the first day, the police ordered a dozen prisoners to humiliate me in public by stripping me of my clothes, saying that I was a political prisoner because I believed in God. They punched and kicked me. Later they dragged me into a water house and poured cold water over me. It was early winter at that time, they opened the window on purpose to let in the cold wind. I felt so freezing cold that my muscles contracted and I couldn’t stop trembling. In the labor camp, I had to do a large amount of farm work outdoors during the daytime, and in the night I often stayed up late after midnight to bind books. Once, several guards ordered me to carry a sack of corns weighing over 90 kilos onto a truck, I tried but failed. Then the guards beat me in the waist with an arm-sized stick, saying, “You believe in Almighty God, even if we beat you to death, we won’t be breaking any law.” During the following several months, I could not straighten my back due to the beating. Under this kind of circumstance, and in this kind of environment, I was very weak physically and even lost the courage to live on. I didn’t expect to come out of the prison alive.

Three years later, on April 3, 2005, I was finally released upon completion of my sentence. On the way home, I was very excited until someone told me, “The CCP plans to recapture the released Christians to sentence them to more severe punishment. It’s very possible that you will be arrested and given a harsher sentence if you go back home. Your wife has been fleeing everywhere due to the CCP’s hunting, and no one knows whether she is alive or dead.” Hearing his words, I was extremely grieved. I’d just left a small jail with walls, but I was still in a larger jail without walls, incapable of escape. I had no way out but to use a fake name and live in other provinces, hiding everywhere while maintaining my faith in God and preaching the gospel. In 2010, I was told by some brothers and sisters from my hometown that the CCP police had sent people to force my parents to tell them my whereabouts many times. Moreover, under the pretext of attending meetings illegally, they escorted my old father to the Villagers’ Committee and kept him in custody for a whole day. Since then, they had put my parents under surveillance.

During the 27 years of belief in God since 1990, I’ve personally experienced the CCP’s brutal persecution of Christians. Today, I am in South Korea, a country of democracy, enjoying the freedom of belief for the time being, but there is still something that weighs heavy on my heart and makes me sad. It is the fact that in China many of my family members in spirit, many of my brothers and sisters are still suffering from the ruthless torment of the CCP. Besides, the CCP is increasing its persecution of Christians overseas, making full use of various channels and activists to manipulate public opinions to continue to condemn and discredit the Church of Almighty God. It tries to deceive the governments and people all over the world to make they reject us and deport us back to China, so that the CCP can continue its persecution.

Today, since I’m here, I have the responsibility to disclose how the CCP brutally persecutes Christians so that more people can be acquainted with the truth. I hope more righteous people will focus on and understand the dangerous situation of the Christians of the Church of Almighty God overseas, and the issue of China’s religious persecution. That’s all of my speech.